In the framework of the closing of the Seminar on Reparations of Slavery and Colonization, which took place during three days in the Casa Amarilla, in Caracas; This Thursday, Yuri Pimentel, Vice-minister for Africa of the People’s Power Ministry for Foreign Relations, said that Venezuela is the only country in the world that, driven by its government, is currently developing a systematic reflection on the issue of reparations.

The Vice-minister clarified that the issue of reparations has been worked a lot in the Caribbean and in the African continent, but in Venezuela it is done through systematic programming, organized by the Ministry of Foreign Relations, this time, in conjunction with the People’s Power Ministry for Culture, through the International Center for Decolonization Studies “Luis Antonio Bigott”.

He said that since the presidential instruction of 2018, three lines have been working: Formation of a group of national and international jurists for the issue of reparations; the creation of a virtual research center, an effort led by Professor Jesús García and the momentum that has been given in this matter in multilateral organizations.

Yuri Pimentel thanked the speaker of the seminar, Blessed Ngwenya, professor of the Department of Science and Communications of the University of South Africa, for his critical approach on the subject. The African academic oriented his reflection towards the creation of a new imaginary, where the claim of the human dignity of the oppressed over economic compensation is prioritized.

Jesús García, a Venezuelan militant of the Afro-descendant cause and the African diaspora in Latin America and the Caribbean, added that precisely “one of the countries that has allowed discrimination and racism the most is the United States, which stands as the champion of freedom”.

Regarding the seminar, he contextualized that it is part of a historical agenda, which has its origin in the World Conference against Racism, Racial Discrimination, Xenophobia and Other Related Forms of Intolerance, held in South Africa in 2001, where the treats of Afro-descendants was decreed as a crime against humanity, as well as slavery.

Guillermo Barreto, at the head of the International Center for Decolonization Studies, said that next September there will be a new session on the issue of repairs, with a specialist from the Republic of Benin. 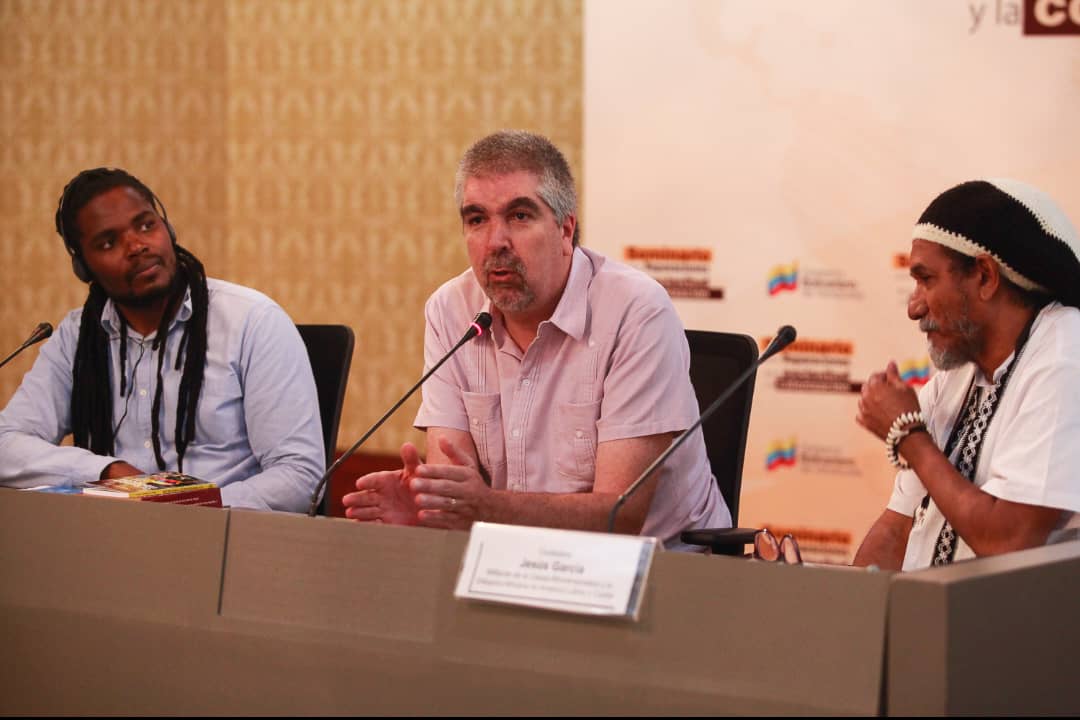