From Plaza Bolívar in Caracas, and under the slogan #NoMoreTrump, # NoMásTrump, the Foreign Minister of the Bolivarian Republic of Venezuela, Jorge Arreaza, stamped his signature on the protest card against the criminal and illegal commercial and financial blockade imposed by the government from Donald Trump to the Venezuelan people, after President Nicolás Maduro announced the World Campaign to protest against Donald Trump last week.

The Venezuelan diplomat informed that the signatures collected during the world campaign will be presented to the United Nations Organization (UN) and stressed that the US empire in its eagerness to have control of Venezuela as a geostrategic point, as it had before 1998 , has sought to exhaust the destabilization pathways of the country, so President Nicolás Maduro has not only called for resistance and national unity, but also for denunciation in international instances.

Solidarity with Venezuela was an element highlighted by the Foreign Minister, noting that the collection of signatures is taking place all over the world, “No more Trump, No more Trump, that is the slogan, because Trump is a damage to Venezuela, no doubt , but it is also for all mankind. Imperialism is a poison for international peace and security”.

He said that the Venezuelan people and government with their media and through the campaign of international denunciation, seek to break the media imposition of the capital, emphasizing that it is the peoples of the world who will gradually say “No More Trump”.

Minister Arreaza accompanied by the Venezuelan Foreign Ministry team, called for national unity, highlighting that this is an issue of the Republic, which emerged 214 years ago in the oath of Monte Sacro.

Finally, he referred to the five billion dollars of Venezuela blocked throughout the world, with which the National Government could address different situations of the Venezuelan people, without having to resort to other means of support, and noted that President Nicolás Maduro along his economic team of government and with the support of the allied countries, try to circumvent day by day the onslaught of imperialism through the blockade. “This blockade is outside international law, it is absolutely illegal; however, they apply it extraterritorially”.

After signing in Bolivar Square against the actions of Donald Trump, the Venezuelan Foreign Minister debated and reflected on the current situation with leftist militants in the Esquina Caliente (Hot Corner) in Caracas. 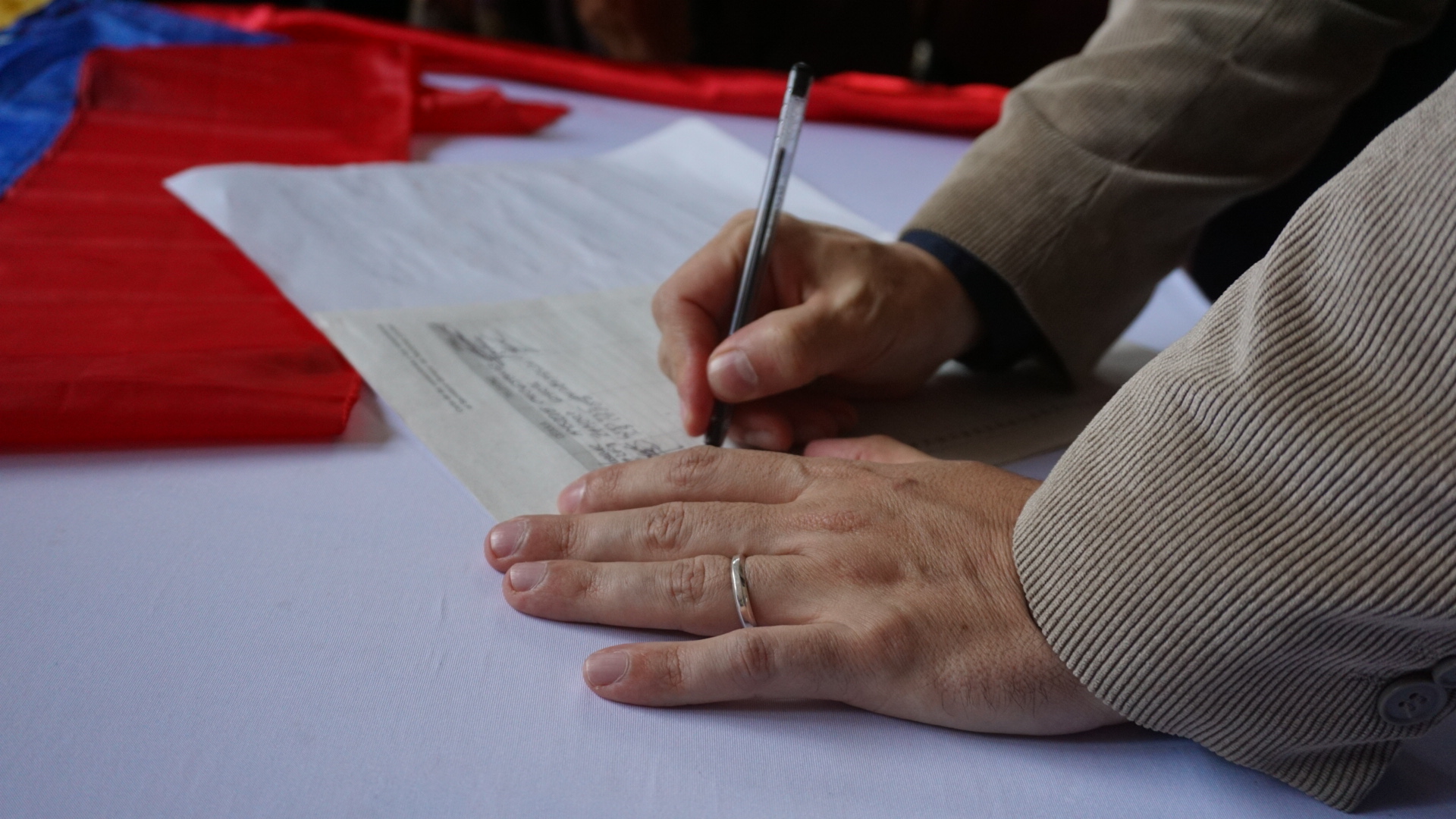